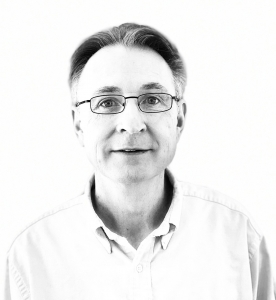 The Academy of Psychic Sciences was founded in Sydney 1985 by Paul Fenton-Smith, who aimed to teach the psychic sciences in a clear and simple manner. Courses were initially in ten-week terms with introductory tarot lasting ten weeks and psychic development courses lasting 30 weeks.

Paul taught tarot and palmistry, having studied these since 1978 and fellow teachers taught psychic development classes. Teachers were engaged to teach a variety of courses but in time Paul found that to avoid all the administration demands, he had to simplify the process by trimming back the courses offered.

Hiring only one other teacher, Paul set out doing what he loved to do; teach. Over the years students requested notes for each course and these notes became Paul’s books The Tarot Revealed (1995), Palmistry Revealed (1996) and Astrology Revealed (1998). The advanced tarot course notes became Tarot Masterclass. Paul’s more recent tiles include True North, Finding Your Soul Mate, Intuition, (keys to unlocking your inner wisdom) and 12 Paths to Fulfilment, an astrological guide to finding fulfilment.

Each of Paul’s books is taken through a ‘test run’ as a course to test the concepts in a live environment. In this way the students’ questions can be incorporated into the final book. Paul continued his studies in London in 1988 and in London and Greece in 1991 and these spiritual studies were chronicled in his book A Secret Door to the Universe (1999).

The course format was changed to fit each course into three whole-days, run on three consecutive Sundays. This format has proved a winner, especially since we introduced the repeat offer. Students are encouraged to repeat any course they have attended if they feel that they need to brush up on the course content.

The repeat fee has enabled many mature students who have not undertaken studies for years to gain a solid grounding in their chosen subject, and some have gone on to become successful professionals in the psychic industry.

A telephone tarot service was offered to Paul in 1995 and he accepted the responsibility for training the readers and maintaining the standards. Telephone tarot reading courses were set up and training was hands-on, involving giving free readings to strangers using a speaker phone. In this way students were able to hear both sides of the conversation. Paul gave up the service at the end of 1996.

One-day and weekend interstate courses were introduced in the late 1990’s to enable those far from Sydney to attend our courses.

Courses are held in Melbourne each year and in Brisbane and Adelaide when time permits. A Tarot Correspondence Course was designed and produced in 2007 and is available through our online store. This course includes Paul’s DVD Discover the Tarot, a 120-page workbook, A4 laminated colour charts, Paul’s book The Tarot Revealed and a Rider Waite tarot deck.

These days the academy offers introductory and advanced courses, one day workshops and Paul offers private lessons. We are training our students to become readers aiming for HOPE. Its meaning is outline below. It suggests that readers aim to give their clients

as we believe that where there is hope, there can be growth and improvement. 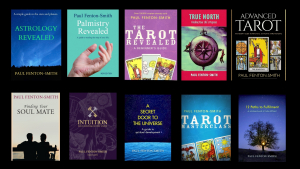 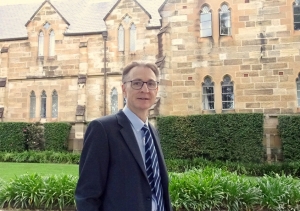 Clairvoyant, writer and regular media guest Paul Fenton-Smith is the author of eleven books. With simple language and entertaining examples, Paul takes a practical approach to the esoteric. Whether reading for clients, teaching or conveying his knowledge through books, Paul’s realistic approach brings clear benefits to people’s everyday lives.

His engaging, anecdotal approach has won him a worldwide readership and invitations to share his entertaining insights on television, radio and in magazines and newspapers around Australia.

Paul began his studies with a course in palmistry in 1978. Moving from Adelaide to Sydney in 1980, he studied the tarot in 1984 and completed a Diploma in Clinical Hypnotherapy (1986) before leaving for London for further study. He also attended a counselling course in 1992 and completed a Grad. Dip. in Counselling in 2015.

In 1985 Paul established the Academy of Psychic Sciences in Sydney, aiming to set a standard in the industry. All students who seek certification through the Academy must successfully complete written and practical examinations and abide by a set of ethics.

Aside from his teaching commitments at the Academy, Paul also runs a busy private practice in Sydney as a clairvoyant, counsellor and hypnotherapist and conducts courses around Australia.

Through practising and teaching the psychic sciences for more than 35 years, Paul encourages his clients and students to believe only what they can see or experience for themselves.