When helping a friend describe herself in an Internet dating site listing recently, we argued the pitfalls of negative imagery. I declared that to attract a suitable partner you need your own marketing department. With the pace of city living, we are becoming too busy to discover each other gradually. It seems that even with potential partners, we need the contents and the benefits stamped onto a label.

In the same way we tailor a job history to appeal to an employer, when composing an Internet ad we can modify our history and our character traits to appeal to a particular type of person.

We need to avoid negative associations or conjuring up unflattering images in the minds of potential partners.

While avoiding taking the label analogy too far (may contain traces of nuts, do not consume alcohol while using this product, if you develop a rash, experience breathing difficulties or other symptoms, consult your doctor) a well-worded ad can illicit interest from potential partners. Sonia said that the unwritten label for her previous partner should have read “Do not leave unattended” or “Requires close adult supervision.”

Sonia asked me to describe myself in two lines or less and she demonstrated the minefield that is the four line description. I began with

“No, no, no!” came the immediate response. She shook her head explaining.

“I have an image of a bad haircut, overgrown lawns and three boisterous would-be criminals loaded with red cordial and ready to ruin our first date.”

“Hell no!” She said, looking alarmed. “I have a mental image of someone who had a short story published in the school magazine in 1985 and who now spends all of his spare time in cafe’s living the ‘writer’s life’. The only real writing he does is texting home to his mum to request more funds.”

“Fine,” I said tersely. “How about this then? Independent forty-something business owner seeks . .”

“Are you serious? Any sane woman would run a mile when she thinks about a man who’s married to his business and who probably works every weekend and through their annual holidays. Besides, the last time a man told me that he had his own business he was a taxi driver, and the cab wasn’t even his!”

“Right then. Try this. Clairvoyant and counsellor . .”

“This get’s worse by the minute,” she gasped. “I now have an image of a weed smoking hippie with an aura testing device he’s invented who believes that soap and deodorant inhibit his creative sensitivities. I need to open a window just thinking about it.”

“Right. So let’s hear your version,” I said.

“Yes I see it now. Loves intimate candle-lit dinners, walks along the beach.”

“I never said that.”

“No, but it’s where you were going. It’s a wallpaper ad. If this ad were a cushion it would be designed by Martha Stewart. Cream or bone coloured, with a slight non-threatening texture. And that ‘late-thirties’ line is modern code for a ticking biological clock with the names of three children already picked out. I can feel the burden of those school fees already.” I was warming to the critical process.

“What exactly is a professional woman? Would Ru Paul or Danny la Rue qualify? I have an image of Jack Lemon and Tony Curtis in drag as professional musicians / women, hiding out from the mob.”

The task of composing a few lines of descriptive text which captured who she was without scaring off Mr. Right, was more challenging than we had anticipated. Sonia wrote five descriptions and we finally picked the one which evoked the warmest emotional response.

We toyed with descriptions, describing Sonia as someone who values companionship, loves her personal freedom, and someone who could be a partner in crime, a voice of reason, an emotional rock, to a partner who believes in their spouse and might be a perfect travelling companion. She asked me what men actually want. I laughed.

Men often say how simple their needs are, yet this is usually rubbish. Their spoken needs are simple, but all of those undeclared requirements are what make relationships eventually collapse. Many women are prepared to discuss their needs, to negotiate to have them met and to wait when circumstances prevent these needs being met immediately. Men on the other hand, can become resentful when undeclared needs are not met, and suddenly decide that a relationship is over if they feel that their needs won’t be met.

It seems that sometimes the perfect strong, silent type who seems to listen intently and has hidden depths, turns out to have been sulking the whole time, quietly furious that you can’t read his mind and meet his unspoken needs.

After discussion throughout dinner, we agreed that a soul mate was likely to look past the description, to fathom the heart of a potential partner, ignoring their own list of desired qualities if necessary. We also realised that Sonia had to increase her chances of meeting Mr. Right by exploring her social options, including Internet dating, expanding her current social network, joining a walking group and accepting invitations to parties, dinners and social events. It was beginning to resemble a job hunt.

Three months later Sonia had met her Mr. Right, who turned out to be the brother of a man she met through an Internet dating site. They seemed ideally suited and because they mixed in different social circles, their chances of meeting each other without the assistance of the Internet were extremely slim.

Although Internet dating sites favour those who can write well, there’s nothing stopping you from enlisting the help of a friend when composing your descriptive text. Sometimes a friend offers a different perspective, which might make for a unique description of your qualities. When researching my book ‘Finding Your Soul Mate’, I found that some people were restricting themselves in how they wanted to meet a partner. With less weddings and formal social functions to attend, fewer of us spending our evenings and weekends at the local pub, and workplace relationships being a legal and emotional minefield, we need to be open to new avenues for meeting people. From joining a walking group or an amateur acting troupe to attending personal interest courses, we are spoilt for choice when it comes to social groups available to us. Even those of us with limited time can scan the Internet late at night for a suitable match. It’s possible that when staff look at their busiest, scrutinising their computer screens, they are in fact checking for responses to their online ads for a partner. What begins as a idle search, soon becomes a quest; to find a suitable companion for the journey through life. Enjoy the search, because this can be as interesting as the journey.

Paul Fenton-Smith is a clairvoyant and counsellor and is the author of ten books. His unwritten label reads “Not designed for enclosed spaces. Keep away from caffeine.” Previous partners have worn labels which read

Why do we seek soul mate relationships? Gallery

Why do we seek soul mate relationships? 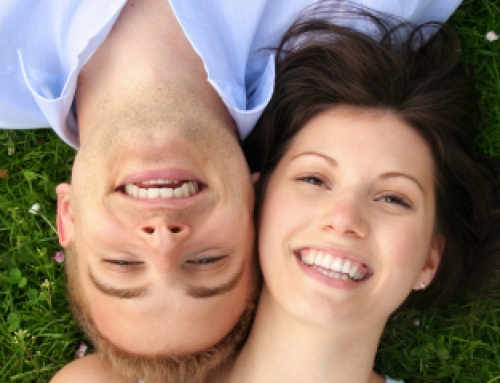