Developing intuition is easier than most people realise. Like any other talent, it requires repetition to strengthen your skills. The first step is to identify your natural psychic talents and work from there. Quickest results stem from existing abilities, such as vivid dreams at night, strong hunches or gut feelings about a person or a location. Sometimes intuition arises from simple awareness of when someone around you is concealing being upset, sad or angry.
Occasionally during radio or TV appearance, I’m asked what makes natural psychics. Interviewers are often surprised at the response, that pain or trauma is the number one contributing factor to ‘natural intuition.’ Turbulent childhoods can force children to hone intuitive skills for survival.

It’s much safer and less stressful to train personal intuition through attending a course, a psychic development circle or by reading a book and trying a range of carefully designed games and exercises. Simple intuitive activities take the sting out of getting answers wrong and build positive associations with intuition. 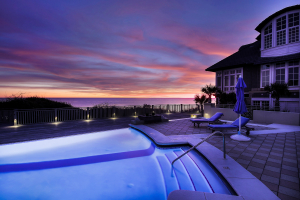 Recently I was coaching a student with his intuitive development. Terry was excessively focussed on winning money. He dreamed of owning an imposing house with a huge pool, overlooking the ocean. Using his motivation, I designed a few simple intuitive methods for Terry to help him decide when and where to spend money with his aim of winning lotto. It’s very difficult to use intuition to win money because the more emotionally attached a person is to a particular outcome, the more challenging it is to quieten the mind and listen to that small inner voice. Intense desire can allow the imagination free reign, obliterating intuitive instincts.

I usually encourage students to guess who is calling before looking at their phone screen or spontaneously say aloud what opportunity will arrive for them that day or pick some other neutral area for predicting a short-term outcome. As Terry was gambling focussed, it seemed the easiest way to ensure he’d practice his intuitive exercises diligently.

We agreed on a small sum of money that Terry might spend each week as a way of testing his intuition. He wanted to spend $200 per week but I suggested that he reduce it to $35. I recommended that he focus 50% of his intuitive exercise time on another area of his life. He picked a technique of guessing who would contact him that week requesting a big outdoor project. As a gardener and landscaper, many of his clients phoned for serious jobs only once or twice each year.

In the first month Terry had no success with guessing the best avenues for winning money but he was able to correctly identify two clients who might contact him and was specific about one of those clients wanting a tree removed. The process involved calming his busy mind and finishing these sentences.
“Today I will be contacted by . . . . . about a job concerning . . . . .”
“This week, my best avenue for winning money is through . . . . .”

I usually teach students a relaxation process and email a download link to a guided meditation that they can use daily to calm their minds before using intuitive games or exercises. As Terry is a restless, active person, the prospect of meditation made him groan, so I shortened the process to simply taking a few deep breaths before saying each of his unfinished sentences.
Over the next two months, Terry’s success with identifying clients increased, including three times being able to accurately predict that new clients would phone and what they’d need him to do for them. His attempts at winning money produced zero success so I suggested that he change the process.

Terry met up with colleagues every Friday evening in a local café for dinner and drinks, so he picked a friend from his group and gave him his weekly predictions for winning money. He agreed not to fund in any of the areas that his predictions favoured, so that he’d have nothing emotionally invested in the process. His friend Seth agreed not to share any winnings with Terry.

Two months later, Seth began winning small sums of money. Terry immediately broke his agreement, buying tickets in his predicted areas. Results dropped again as Terry became too emotionally invested in the outcome. When I explained this to Terry, he muttered in frustration.
“I’m not a charity. What if I give Seth $50 – $100 for my tickets and he buys mine when he gets his tickets every week?” he suggested. I had to remind him that emotional investment in an outcome ruins intuitive accuracy but he was desperate to win big. Throughout the next few months Terry’s intuition strengthened significantly with client predictions but only slightly with winning money. I explained to him that if a clairvoyant predicted a win for him and then he won, he’d have won anyway, without the prediction.

During these months, Seth made several thousand dollars through acting on Terry’s suggestions and began urging Terry not abandon his intuitive studies. It’s lovely to see a friend invested in another mate’s personal development goals. I teasingly suggested that their arrangement was a win / win; entirely for Seth.

Terry’s gambling predictions are still hit and miss. However, he has changed his business predictions to focus on how to expand his customer base. These predictions are helping him develop new services and steadily increase his income. Who knows, as his business expands, he might end up earning the equivalent of a small lotto win every year? In the meantime, he is broadening the focus of his intuition to other areas in his life, with a view to smoothing the way forward through positive decisions.
Psychics glimpse the future – not control it. Clients can change predicted events with decisions and actions. Briony who works in a medical field and had read up on the different vaccinations for COVID-19. As Pfizer shots were available in her area, she booked in for her first needle. During a Skype reading she asked if she’d have a reaction either vaccination shot and the cards indicated that she’d experience a negative reaction to her second injection.

As she had ongoing health issues, Briony was nervous about having her second vaccination but didn’t want to continue working without it. Several weeks after her reading, Briony booked another session to ask about the same question. This time the cards were positive. I asked what she had done to change the likely outcome. She explained that she’d given up junk food, taken up daily exercise and cut out coffee. Her second Pfizer shot passed without incident.

We each have unique intuitive talents, that when strengthened, can help us make better decisions, wiser investments and perhaps even assist us in finding more rewarding relationships. Although the process is simple, it’s usually best to have a coach or mentor to keep you on track after setbacks. Disappointments early on can reduce personal confidence. An experienced mentor can help beginners refine their processes and improve results, to strengthen foundations for long-term intuitive success.

If you’d like to discover your innate psychic talents, take the online Psychic Strengths Quiz via the link below and find out what areas you can develop more easily. Paul provides private lessons in psychic development and his group classes will resume in Epping NSW in 2022.